Despite the ban, he will remain – Jorgito Kamankola 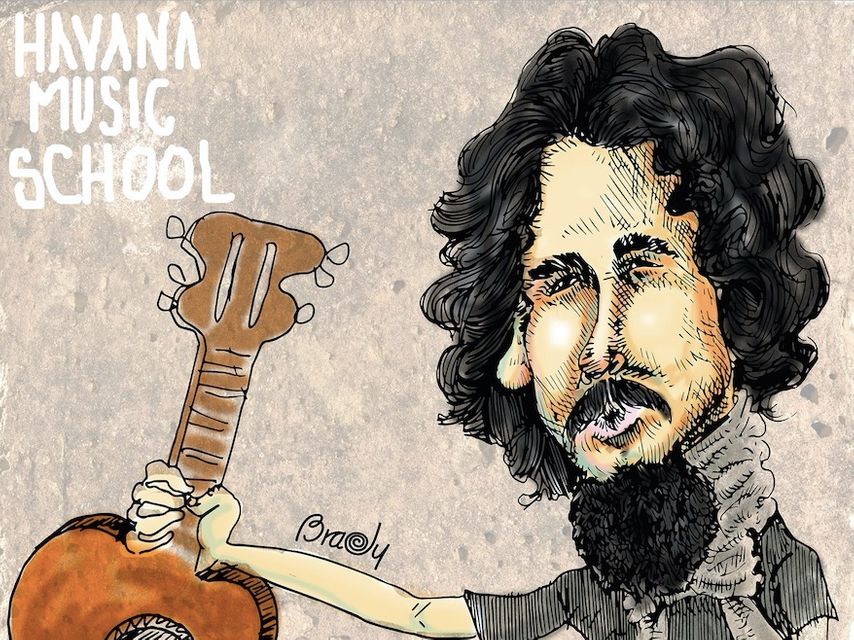 There are artists who are born to make music and there are others that go beyond: those born to convey a message that uses music as a vehicle.

Jorgito Kamankola is undoubtedly one of the latter. One of the strongest voices within the Cuban underground music scene, Kamankola is an eclectic mix of rock, rap, nueva trova and Cuban popular music. He leaves a very clear impression on all who consume his art. It strives to sneak into your life, leaving their bit in our strife to find inner peace and faith that many have lost.

The first steps of Jorgito Kamankola

Jorge Liam García was born in Cerro, a neighborhood of Havana with marked social turbulence. Perhaps due to the environment and the harsh times of the ’90s that marked his childhood, it’s no wonder he felt attracted to the hip hop and rap.

First, he was more inclined towards US crude rap, then more identified with the Cuban scene. At the young age of 12, he formed his first group, along with two friends in the neighborhood, called Sentencia.

This had a marked influence of other Cuban groups as Amenaza, Explosión Suprema y EPG&B. Jorgito Kamankola continued to creative tumble without a fixed destination, always writing and creating music. So, until the coincidences of life made reached Aceituna Sin Hueso.

Jorgito began as band ´s property man, until one day Miriela Moreno invited him on stage. Crossing with Aceituna sin Hueso lasted just over a year. During that time the capital musician manages to record his first demo: “Musas Desechables“. This work opens the doors to the Hermanos Saiz Association and Cubademo, and he began his solo work.

A rapper in the Nueva Trova

It came a time when Jorgito Kamankola became very disillusioned with the movement of Cuban rap. Looking for a new scenario to explore, he reaches the trova, which already was an avowed fan. Start working with several troubadours, first as a rapper, then composing own trova songs. It is easy to combine rap with trova, the essence of both movements is social criticism, chronicles the day.

Antes que lo prohíban is the name of the first Jorgito Kamankola´s studio album. This is a work that shows the versatility of this artist and presents art as a source of change and commitment. Funded through Crowdfounding, it is a work that has seen the collaboration of many artists such as Israel Rojas, M Alfonso and Samuel Águila.

It’s an album that talks about freedom, love, dreams, critical and creative spirit that does not bow to anything.  So, that is Jorgito Kamankola, irreverent and multifaceted, who throws the truths in the face without much finesse, but with a message that few can stop hearing.