Gerardo Alfonso – A Cuban singer for the world 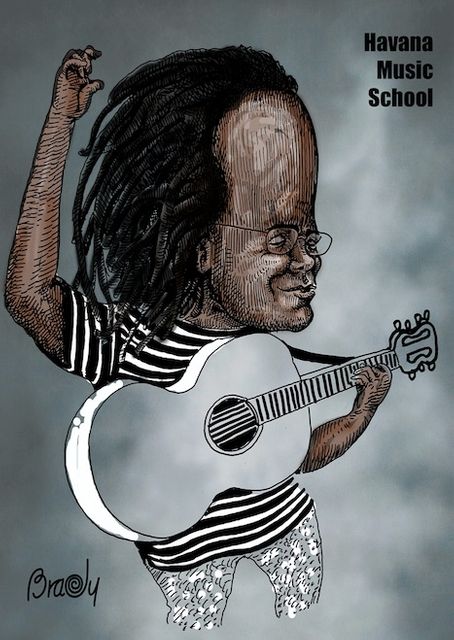 Which Cuban doesn’t know the song Sábanas Blancas? Its author, Gerardo Alfonso, painted a mural that conveys the spirit of the Cuban capital in a single stroke.

It is difficult to speak of contemporary Cuba without praising the author of this famous composition, whose chords have traveled all around the world.

Gerardo Alfonso is influenced by the work of great songwriters like Silvio Rodriguez, Pablo Milanes and the Brazilians Gilberto Gil, Caetano Veloso and Milton Nascimento.

Cuban culture has been enriched by his works, such as Habana dulce locura, Son los sueños todavía and Mi canto es universal. Not to mention the creation of the guayasón, a musical rhythm born of the fusion between country music and Afro-Cuban.

A work faithful to its time

Gerardo Alfonso was born in 1958, exactly two months before the triumph of the Cuban Revolution. Being very young, he learns to play the piano and guitar in a autodidact form. In 1980, Gerardo takes its first steps in the Nueva Trova movements.

His work is not limited to this genre, since he range from traditional Cuban rhythms to rock. Gerardo Alfonso stands out as a troubadour since he accompanies the traditional guitar with piano chords.

To date, he has released 13 CD’s only Cuban record labels. In addition to the guayasón, which in his words is “the son of guava”, Gerado has created another musical rhythm called o’changa. He has worked with artists like Beatriz Marquez, Issac Delgado, Haila Mompié, Miriam Ramos, and the bands Moncada, Moneda Dura, Pascualito y su Tumbao Habana, among others.

He acts and works on the soundtrack of the German film La risa de Ochún and the Cuban-Basque film Calor. His songs are part of several documentaries and television programs. During his more than three-decades career, Gerardo Alfonso has received numerous awards and Cubadisco nominations.

The man who sings for Cuba

One of the most significant creations of Gerardo Alfonso is the song Son los sueños todavía, dedicated to the figure of Ernesto Che Guevara. In the opinion of many, this song is the most relevant ever made in tribute to this universal figure. Its lyrics had served as inspiration to many revolutionary movements around the world.

As a member of the National Council of Writers and Artists of Cuba, Gerardo has been awarded with several important distinctions awarded in the country. He is an active supporter of disadvantaged social strata, and promoter of cultural values and solidarity towards Cuba. These reasons have led him to participate in important events of solidarity with Cuba in Argentina, Chile, Venezuela, Spain, France, Germany, Italy, Turkey and other countries.