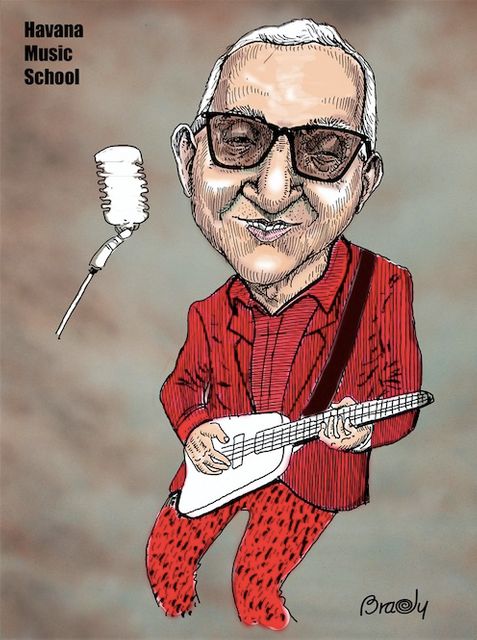 “For us it is a commitment to defend what he left behind. Ay Juanito, come down and look at this! ” With these words ended a concert that Los Van Van offered on the steps of the Havana University, celebrating the 45th anniversary of its founding and a few months after the death of Juan Formell, its director for more than four decades.

The Formell before Los Van Van

Born on August 2, 1942 in Havana, he studied in a self-taught way the flute and the piano. Later he is inclined towards composition and is formed on bass guitar with excellent musicians such as Armando Romeu, Antonio Taño and Orestes Urfé.

From that moment a long professional career began as orchestrator and composer in the orchestras of Guillermo Rubalcaba and Carlos Faxas. Songs as successful as Y ya lo sé, De mis recuerdos, Lo material and Yo soy tu luz, are of its authorship and Elena Burke, “the feeling lady”, launched them to fame. Years later they would meet again, when Juan Formell, along with his guitar, sing alone as in the days of amateur troubadour.

But in 1967, when he joined the Revé Orchestra, he unleashed all his talent by transforming the style of the Cuban charanga orchestras: he replaced the electric bass and the organetta by the bass and acoustic piano, the system flute and the drums by the flute of five keys and the pailas, it changes the rhythm and the acoustics in the violins, and the vocal work to three voices prevails. These were his most revolutionary contributions.

El martes, Yuya Martínez, La flaca and Te lo gastaste todo, became hits of the moment. They were heard everywhere and they could not miss in their presentations.

The Rolling Stones of salsa

This way is considered by the specialized critic the orchestra Los Van Van, founded by Juan Formell in the year 1969.

Eager to search and experiment, and trying to make the most of the expressive resources of the son, he created what is considered the most authentic orchestra of popular dance music. Their letters are distinguished by the use of the picaresque, the irony and the way of the common people. La titimanía and Por encima del nivel are two exponents of an endless list of hits, and having won the 2009 Grammy for their CD Van Van… Arrived, proves it.

But, in addition, Formell wrote music for cinema, theater and television.

Some prizes of his fruitful career are:

• 2010: Doctorate Honoris Causa of the Superior Institute of Art.

In the ceremony of the Grammy 2013 he said: “my life has been totally devoted to music and only makes sense when people make it their own and enjoy it.

Juan Formell died on May 1st, 2014 in Havana, but his legacy has transcended all geographical, generational and political boundaries.