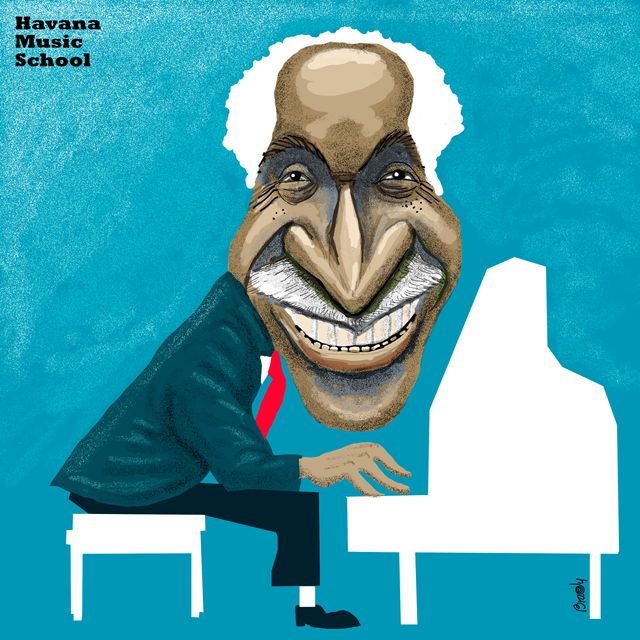 Perhaps the island lost an excellent doctor when Ruben Gonzalez decided to dedicate his life to the piano, but Cuban music definitely gained one of his most emblematic instrumentalists.

His passage through the most outstanding bands of the time prove it. But the fact that, along with other Cuban music stars, he was invited to form first the Afro Cuban All Stars and then the Buena Vista Social Club project are more than enough guarantees.

Thus, together with greats such as Bebo Valdés, Guillermo Rubalcaba, Lilí Martínez or Peruchín Juztiz; Rubén González is considered one of the most brilliant and autochthonous stars of the piano in Cuban music of the 20th century.

He was born on May 26, 1919 in the province of Villa Clara, but later Ruben Gonzalez’s family moved to Cienfuegos. It is there that the seven-year-old boy began his formal piano studies with teacher Amparo Rizo, after learning his first notes with the help of his older sister.

Ruben graduated at the age of 15 from the Cienfuegos Conservatory, while he was becoming a normalist teacher and beginning medical studies. However, his passion for music —which until then he saw more as a hobby than a career— encouraged him to abandon his studies in the fourth year of his training, to try his luck as an instrumentalist.

In 1941 he moved to Havana, where he played in prestigious groups such as the charangas of Paulina Álvarez, Kuvavana and Sensén Suárez. He also played in the Siboney Jazz Band, the Riverside Orchestra and the America Orchestra.

One of the groups that most developed his talent was the Conjunto de Arsenio Rodríguez. In it, Rubén learned and developed the rhythm of the piano within the Cuban clave. With this group he recorded his first album in 1943, achieving national and international fame.

After working in various Latin American countries in the 1950s and 1960s —especially in Venezuela—, Rubén returned to Havana and joined several groups until the 1980s, when he retired from music.

However, this farewell was only a short “see you later”. In the 1990s, thanks to the management of Juan de Marcos González, the former retiree Ruben Gonzalez relaunched his career alongside the Afro Cuban All Star.

With them he recorded A Toda Cuba le Gusta (World Circuit, 1997) and Distinto y Diferente (World Circuit, 1999). The international success of this group, a bridge between the traditional son and the new generations, continued with the Buena Vista Social Club project in 1996. The self-titled album Buena Vista Social Club won the 1997 Grammy, as well as the well-deserved international recognition that these masters they deserved

These were not the only phonograms with which Rubén relaunched his musical career. There are also:

Master González is remembered for his solid technique and his abundant talent for improvisation, exuding Cubanness in every note. This was the case until his physical disappearance on December 8, 2003, but his example remains for the new generations of pianists, who learn from his legacy.