Cimafunk – The conquest of the Cuban music scene 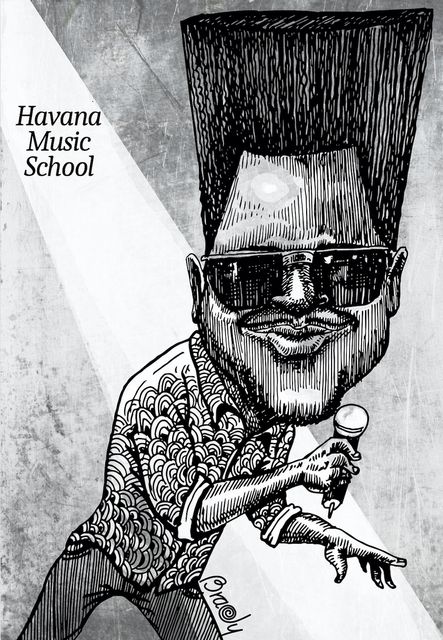 Known as Cimafunk, it has generated a surprising wave of enthusiasm in the capital’s music scene. Erick Iglesias Rodríguez was born in the westernmost of our provinces: Pinar del Río. Composer, producer and singer, he began his career at an early age, singing at the Baptist Church.

His love for music leads him to venture into the popular reggaetón genre, from which he advanced towards the trova, which would end up catching him and taking him to Havana. Víctor Quiñones was in charge of introducing him fully into the movement of the trova in Pinar del Río. His first incursions into the genre led him to make a small tour throughout the province and they would show him that this was truly his future.

Erick arrives in Havana: the birth of Cimafunk

After starting the medical career, Erick Iglesias decides that his future was not there and decides to visit Havana, through a friend, Yordi Toledo. Arriving at the capital and falling in love with its streets, its people and its popular culture were the same, so he decides to make his life here and make his way in the world of music.

Raul Paz was the first person to whom this singer-songwriter approaches, with the aim of seeking an opportunity. His talent and courage soon won him the sympathy of the well-known artist, who invited him to be part of his choir at the Carnaval concert, which presented Paz at the Karl Marx Theater.

From this moment, Erick’s career was only on the rise. He began to relate to the best of Cuban music and shared the stage with figures such as Liuba Maria Hevia, David Torrens, Los Boys and Interactivo.

A unique stamp on Cuban funk

Erick Iglesias decides to become Cimafunk almost finishing the year 2016. With this name he wanted to honor the roots of runaway slaves with the funk music he loves so much, a perfect mix that describes what we will find on stage. Cimafunk masterfully combines Afro-Cuban music with catchy funk rhythms to achieve songs that move the whole audience.

To listen to Cimafunk is to hear the novelty in Cuban music, a mixture of rhythms so appreciated and known but combined in a unique way that give the singer particular stamp. In 2017, Cimafunk releases its first album called Terapia. This independent production was released in France and is, until now, his only album.

Songs as recognized now as A tu merced and Pasar el tiempo are part of the repertoire of this artist who offers concerts that can be considered unique, not only for its sonority but for the scenic presentation of the band.

His short career has led this artist to be worthy of the Grand Prize Live String 2018, as a Novel Group, and to get the first place in the First Base contest of the Havana World Music Festival 2018. Cimafunk is just beginning his career and, if something can be sure with this talented musician, is that he came to stay.