David Torrens and his “rockason” 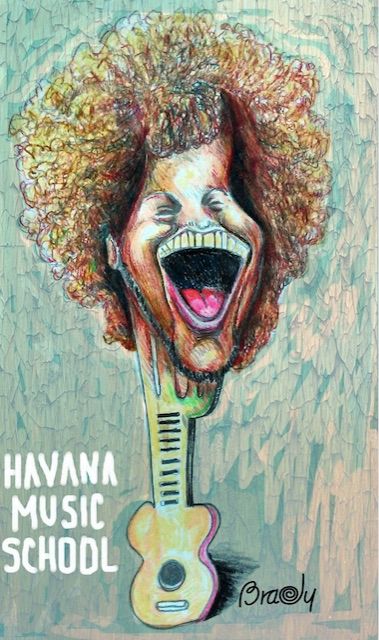 On November 8, 1966 David Torrens was born in Guanabacoa, the same capital district that saw the birth of great musicians like Ernesto Lecuona, Bola de Nieve and Rita Montaner.

It is part of the third generation of the Nueva Trova, although it never visited the mythical direction of 13 and 8, in the Vedado neighborhood. In spite of that, his music carried the same stamp and “spoke” the same language of his contemporaries.

He grew up surrounded by a cultural mix that ended up influencing his training as an artist. And is that his artistic work encompasses so many styles and contains such varied influences, that he ended up classifying his music as “Rockasón“.

Although he studied music until the ninth grade at the “Guillermo Tomás” Elementary School of Art, music was a hobby for David Torrens in his early years.

His academic training led him to finish the career of mechanical design engineer. He never left the music altogether, since he was part of the group Canto Libre, where he composed his first songs. Already in the 90’s’ he became involved with the ‘Guanabacoa phenomenon‘, an atypical cultural movement that linked musicians, poets, painters, etc. In these years it is linked more and more with the movement of the New Trova.

The years in Mexico

In 1995 David Torrens signs a contract with EMI Music of Mexico, reason why it decides to move to Aztec lands. In these conditions launches in 1998 his first disc: “My little faith”. Undoubtedly, the most successful song on the album was “Sentimientos ajenos”, which will be awarded with the ERES prize for the most requested song of the year.

Ernesto Fundora was in charge of the realization of the video clip, the best of the Lucas Awards 1998. His second album came to light in 2001, titled “Ni from here or from there”. This album was a strong impulse for his career in Cuba, especially for the theme “Who loves me?”. In this disc we find a great variety of genres and rhythms, a hallmark.

Following the success of his second album in his native land, in 2010 decided to publish his third album under the label Bis Music. Titled “Reasons”. The disc was very well received by the public and the national critic and managed to conquer the Best Disco Fusion prize of the Cubadisco Awards 2010.

After 6 years without a work of study, finally David Torrens announced the title of his next work: “With You “. It will be essentially a disc of collaborations, highlighting Polito Ibañez, Carlos Varela, Ray Fernández, Kelvis Ochoa, among others.

Undoubtedly, the quality of the musicians who make up the proposal is an early sign that it will be another excellent work of the brilliant artist who is David Torrens. And what do you think?