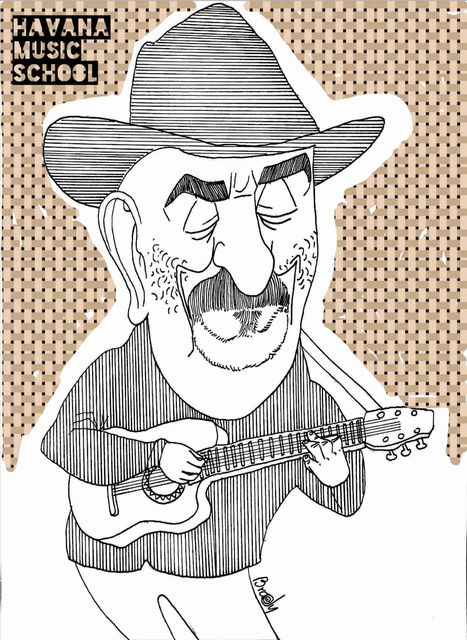 Leonel Francisco Amat, better known as Pancho Amat is one of the most talented and experienced musicians from Cuba and one of the leading experts of the Cuban popular music. Its quality makes him a participant or partner in the most traditional Cuban music ensembles during the recent years.

His specialty is the Tres Guitar, which has risen to the status of a concert instrument. In his hands, this instrument has merged genres apparently as far as classical music, jazz and trova, continuing the work of internationalization this instrument that began with the Tres player Arsenio Rodriguez. In an recent interview, Pancho Amat stated the reason why Cuban music was still alive:

“… The huge number of items that composed it; and, to relate it to other regions of the world, this would be enriched further and contribute to the enhancement of other cultures”

His work is the expression of his beliefs.

The Beginnings of Pancho Amat

Pancho Amat was born in Güira de Melena, Havana, in 1950. He studied pedagogy at the University of Havana, graduating in 1971. Later he study classical guitar at the Ignacio Cervantes Conservatory.

The same year he got his college degree, he founded Manguaré, his first band, where it will remain for 17 years. With this band he made some 40 international tours to more than 30 countries and recorded 12 albums with major artists of the island and America.

Also in this period he participated in several prestigious competitions and cultural events, most of which he won awards and recognition in orchestration and composition. Then from 1987 to 1995, he joined Adalberto Alvarez y su Son. Later in 1996, he decided to create his own group.

El Cabildo del Son was the new name given by Pancho Amat to his new group. With Cabildo he made tours of over Europe, Japan and the United States, giving international publicity to the Tres Guitar, which he had never stopped to play.

Among the groups and artists with whom he has collaborated we can find: Buena Vista Social Club, The Next Generation, Barbarito Torres, Cubanismo, Adalberto Alvarez y su Son, Joaquín Sabina, Cesaria Evora, John Parsons, Andy Montanes, Alfredo de la Fe Giovanni Hidalgo and Papo Lucca. This musician has received awards such as the National Critics Award Specializing in Cubadisco 1995 for his album “Son por Tres”; Special Prize Echo Klassik Award 2009 for his album “Clásica Cubana” and also he was awarded with the National Music Prize 2010 for his lifework.

For Pancho Amat, the Tres Guitar is not simply an instrument, but a symbol of the Cuban identity, tradition and national identity. So he advocates that this double strings guitar has a more active role within the musical context of the island, as an unquestionable example of the value of the rhythms and melodies that the island can bring to the universal music.