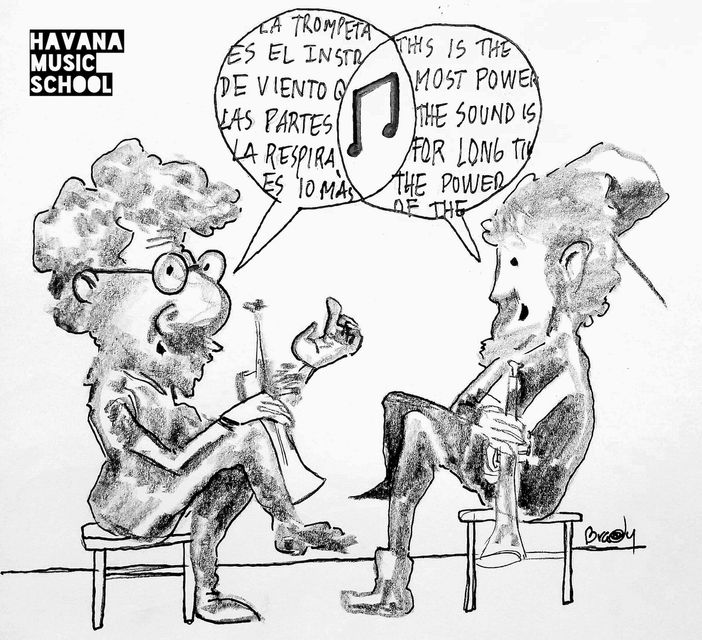 Does anyone doubt that Havana is the most musical capital in the world?

Whatever they say and with forgiveness from other cities where music is part of its history, since its foundation our city is linked to the cultural development of the island.

Cuban crucible with its heterogeneous mixture of Spanish, African, Chinese and a thousand other cultures, Havana managed to integrate elements as diverse as the guitar, drum, piano or Chinese bugle in a music that transcends borders and has amazed and made dance the whole world.

That Havana is the mother of many illustrious musicians is an undeniable fact. From as far back as the 18th century, Havanans like Esteban Salas y Castro knew how to put the name of Cuba on the music scene, which was followed by greats such as Manuel Saumell or Ignacio Cervantes.

However, the capital was also a teacher and inspiration for great musicians. In the 19th century, the American Louis Moreau Gottschalk found inspiration and school in it, from which pieces emerged where African drums were incorporated into more classical orchestras.

Afro-Cubanism continued to be cultivated by Havanans such as Amadeo Roldán, or Gonzalo Roig, Director of the Havana School of Music and composer of the immortal Cecilia Valdés. Special mention should be made of Claudio José Domingo Brindis de Salas y Garrido, nicknamed “the black Paganini”, for his virtuosity.

But perhaps the most convincing example of Havana’s musical quality is Ernesto Lecuona, which Leo Brouwer, Juan Blanco, Roberto Valera, Juan Piñera, José Maria Vitier and many others have joined in later years.

From cult to popular

With such an inheritance, one might think that cultured music is the fief of Havana. But the surprising thing is, however, as the fretboard of the rhythms that are played and heard in the capital of all Cubans moves between the classical and the popular.

Just as many 19th-century composers took popular elements to be included to symphonic versions, today many young musicians transgress patterns taking elements of the classic to enrich dance music.

This is a natural consequence of the excellent training of musicians in Havana, which have an exquisite music education system, which prepares them from young people in conservatories to receive higher education in schools such as the ISA (Instituto Superior de Arte) or the ENA (Escuela Nacional de Arte).

Although these institutions offer courses and enrollments for foreign students, learning is often difficult, either due to lack of time, or the need to be guided by a curriculum that does not always correspond to the student’s needs.

For that reason, Havana Music School emerges: a different music school where you can get acquainted with Cuban music by prestigious professors and Havana musicians, all at your leisure and while enjoying the possibility of breathing the musicality that characterizes the streets of Havana

If you want to learn Cuban music, the doors of our headquarters in Calle 28 neighborhood of Vedado are open for you, which we guarantee will be a unique experience.