The genius of Chico O’Farrill 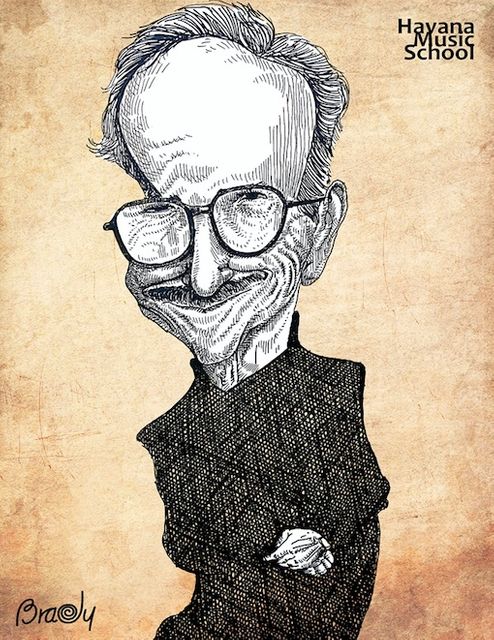 Fusing musical genres has been very common in Cuba. Thus was born the Afro-Cuban jazz mixing some bebop seasoned with son montuno. This subgenre of jazz has among its main exponents the figure of Chico O’Farrill.

Chico O’Farrill studied harmony and composition with the conductor Felix Guerrero. Then he moved to New York, studying with Bernard Wagennar, Stephan Wolpe and Hal Overton. In the early ’40s, Chico O’Farrill was in the United States, studying at a military academy.

There he studied trumpet, which will be the passion of his life. Back in Havana, he decided to go to college and study law. Alongside his studies, he played with several cabaret orchestras, improving his technique with the instrument.

In 1946 Armando Oréfiche forms the Havana Cuban Boys, and one of its members was Chico O’Farrill. With this band he toured Europe. When he returned, he left the trumpet and the university in order to devote himself to composition and musical arrangements.

Chico O’Farrill as arranger and composer

In the 1940s, the orchestra Afro Cubans of “Machito” Gutierrez and Mario Bauza was a revelation in the United States for its unique fusion of Afro-Cuban rhythms and jazz. For them Chico write a piece titled “Gone City“. This piece immediately caught the attention of producer Norman Granz, who will entrust the musician the task of composing the first extensive piece of Afro-Cuban jazz.

The Machito and Mario Bauza orchestra released in 1950 his “Afro Cuban Jazz Suite” including solo musicians Charlie Parker, Flip Phillips and Buddy Rich. Chico O’Farrill‘s success as an arranger would take of during the ’50s, working with Bola de Nieve, Las D’Aida quartet and Aldemaro Romero, during his stay in Cuba. In the ’60s, back in the US, he arranges for Ringo Starr, David Bowie, La Lupe, Gato Barbieri, Clark Terry, Count Basie and Cal Tjader. As a composer, he wrote pieces for Art Farmer, Clark Terry, Mario Bauza, Wynton Marsalis, Dizzy Gillespie and Stan Kenton.

The solo career of Chico O’Farrill was intermittent. In the early 50s he formed his first band, with which he recorded the “Second Afro Cuban Jazz Suite” in 1952 and would be dissolved shortly thereafter. In 1956, he recorded “Chico’s Cha-Cha-Cha“. At the end of that decade, while in Mexico, form another orchestra to appear on television as musical director Andy Russell.

For many years he worked for television, creating music for commercials. In 1995 he recorded his latest album, a compilation of his greatest hits; work which was nominated for a Grammy. In 1996 he made his last tour in Europe. On June 27th, 2001, Chico O’Farrill died at the age of 80.