The unforgettable magic of Tata Guines 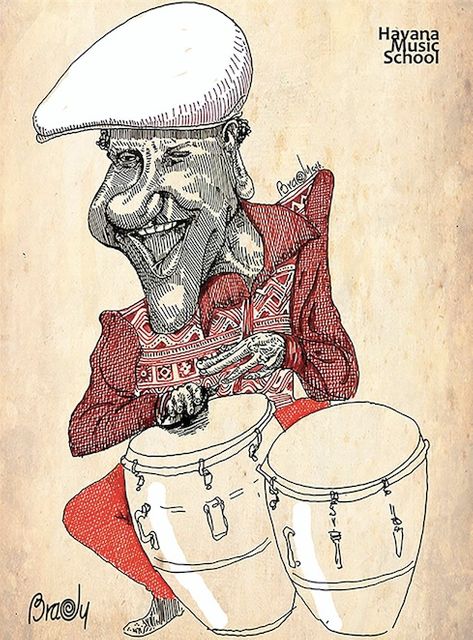 Alejo Federico Aristides Soto, better known in music as Tata Guines, was a true virtuoso of Cuban percussion that created a new style.

From humble origins, Tata Guines drew on how to play the old drummers of guaguancó, columbia, the jiribilla, the chekeré, bata drum and Creole bembé and took percussion to the refinement of an art, and then made him international.

The birth of a myth

Alejo Federico Aristides Soto was born in the village of Guines, (Havana) on June 30th 1930. During his childhood he showed his love for music, learning from the popular neighborhood percussionists Leguizamon, which combined with studies of doublebass.

Amazed by the rumba and son, at the age of eight years he became part of “Sexteto Partagás” and played bass on the whole “Ases del Ritmo”. At the age of twelve, he founded the band “Estrellas Nacientes”. His musical career had to be interspersed with many other odd jobs to make some cash: shoesshine boy, newsboy and windshield wiper; he never abandoned his passion for music.

In 1948 he moved to the capital, and played in various bands of the moment. Among the figures he shared the stage with, were: Jose Antonio Diaz, Celina and Reutilio, Ramón Veloz, Chano Pozo, Arturo O’Farrill (Chico), Frank Emilio, Guillermo Barreto, Gustavo Tamayo and many others.

His real success was achieved in 1952 by the “Charanga de Fajardo y sus estrellas”. Here is where Tata introduces his unique style of playing the conga, with his hands next to the patch without sensationalism. Along with this band performs several international tours to Venezuela and New York, where he played alongside the likes of Benny Moré, Josephine Baker, Frank Sinatra, Dizzy Gillespie, Ferguson and Chico Hamilton.

Tata Guines returned to Cuba in 1959, together with the “Quinteto Instrumental de Música Moderna”. In later years he played with Chori, Changuito, Los Papines and Pello the Afrokán, the National Symphony Orchestra. His expertise and talent with the drums made him famous.

During the 90s, Tata Guines was invited to collaborate as principal percussionist in a remarkable number of notable artists discs such as Orlando Valle (Fórmula Uno, 1995), José María Vitier (Habana Secreta, 1997), Alfredo Rodríguez (Cuba Linda, 1998), Jesús Alemany (Malembe, 1998) and Jane Bunnet (Chamalongo, 1998). In 1998 he also launches its own production: “Aniversario”.

“There is an element that has not been valued enough, Tata, with nails, fingertips, fingers and hands creates an orchestra that exceeds the schematic role of percussion and rhythm”.