Carlos Varela – The troubadour of the black shirt 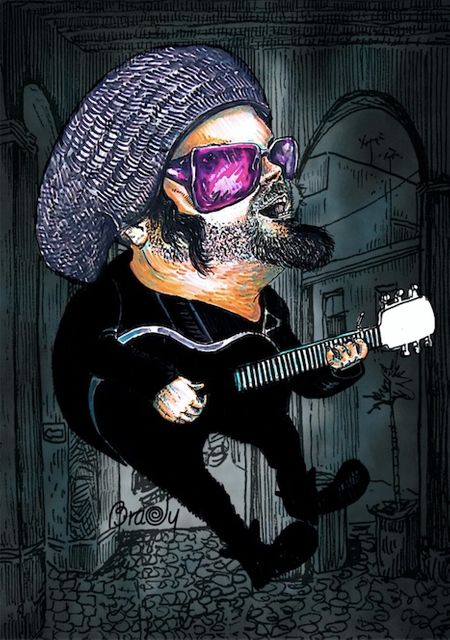 Following its success, a new group of young singers emerged from the seeds scattered by the Nueva Trova. One of them bore fruit in a troubadour black dress, with his lyrics captivated several generations of Cubans: his name is Carlos Varela.

Born in the musical city of Havana in 1963, Carlos Varela began composing songs with only 15 years. It is part of a generation of singers including Frank Delgado, Gerardo Alfonso and Santiago Feliu. With a very personal style he achieved his own circle of admirers, first in the capital of the island, then across the country, and did not stop until beyond Cuban borders.

Carlos Varela: Havana for the world

Without the great voice of Pablo Milanés or the instrumental quality of Silvio Rodríguez and Noel Nicola, Carlos Varela became a favourite of young Cubans from the mid 80’s, success was based on the themes of their lyrics, which were closer to urban chronic; and its sound, which was more influenced by rock sound than the traditional Cuban music.

In 1989 he released his first album: Jalisco Park. This anthology contains songs from their repertoire as “Jalisco Park” and “William Tell”. With irreverent lyrics, songs show their feelings of rebellion of youth and their frustrations. The difficulties during the 90’s did not make a dent in the career of Varela, but instead moved him into a higher step. In the early 90’s he joined Pablo Milanés and Silvio Rodríguez on several tours throughout the island.

He recorded in 1995 which is recognized as their best album: Como los peces. Politics, the frustrations of young Cubans 90, family remoteness and Havana are themes that appear in his songs. This album is a masterpiece of Cuban nueva trova and rock.

At the same time the success of Como los peces, Carlos Varela toured with one of the legends of Spanish song: Joaquin Sabina.

To dismiss the century he publishes Nubes, so far his only completely acoustic production. This includes which is probably his best known internationally song: “Una palabra” (A Word). In 2005 the filmmaker Alejandro Gonzalez Iñarritu chose for the soundtrack of his short “The Hire-Powder Keg”. It was not a year and director Tony Scott selected for the credits of his celebrated film “Man on Fire”.

The significance of the music of Carlos Varela can be found in the artists who have covered his songs: Ana Belén, Joaquin Sabina, Francisco Céspedes also gathered success in several tours of the US and other countries. Undoubtedly, Varela is an essential figure in Havana and Cuban music.