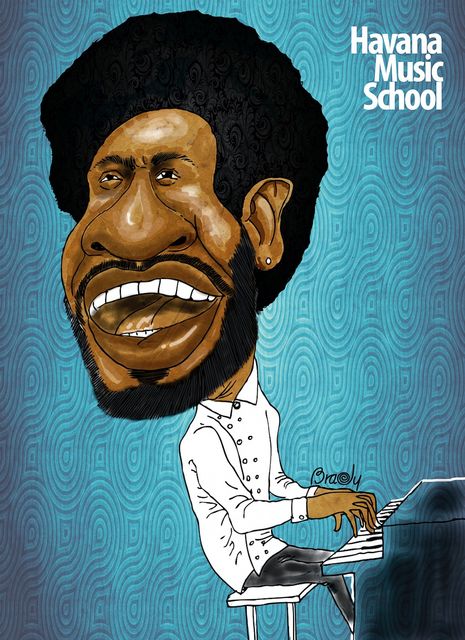 If we talk about young talent’s in Cuban Jazz, it is certain that at some point the name of Dayramir González Vicet will arise in the conversation.

Our land is a fertile ground for this musical genre, not only in instrumentalists but in Jazz followers, so it is not surprising that the remarkable career of this musician is followed by many.

From the cradle to glory

He was born in Havana, on October 18, 1983 in the neighborhood of Cerro. Dayramir was only 4 years old when his father, the jazz trumpeter Fabian Gonzalez introduced him to the piano. Already at 8 years old he began studying classical piano with Amado Touza and Miriam Valdés, education that who he completes at the middle level at the National School of Art (ENA), under the guidance of the prestigious pianist Huberal Herrera.

However, his passion was and is jazz music. With a solid preparation, Dayramir played with former Irakere Oscar Valdés at age 16 on the Diakara project, in many jazz clubs of Havana. His work led him to participate in the International Festival Jazz Plaza of 2000 and 2001.

Already the following year, in 2002, he ensemble a jazz quintet with graduates of the ENA and repeated in the Jazz Plaza of that year with his new alignment. As a guest, he also participates in the 2003 and 2004 editions.

In 2005 Dayramir González enters the band Klímax under its director Giraldo Piloto, performing in Tenerife with Jerry Rivera. In parallel, he formed his own group Dayramir & Habana enTrance, with which he won the competition of young jazz players Jojazz.

This triumph opens the doors to the record world, in collaboration with Elmer Ferrer and Orlando Sánchez, in addition to former Irakere Javier Zalba and César López.

A Jazz with visions of past and future

But his work is not limited to his artistic career. To ensure the continuity of jazz and music in general, he co-found of The Art School of Contemporary Performance and Creativity in the Bronx, to offer music education to elementary and middle school students with artistic aspirations.

If you want to know more about the career of this and other Cuban musicians, subscribe to our website. And help us spread good Cuban music by sharing this article on your social networks.