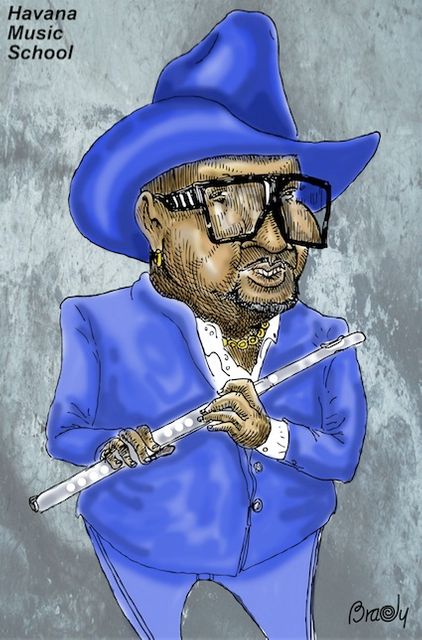 José Luis Cortes, known as El Tosco, was born on October 5, 1951 in Villa Clara and started his music studies early.

He was part as flutist of important Cuban groups, such as Los Van Van and Irakere, next to the prestigious Chucho Valdés.

He founded the renowned Nueva Generación La Banda orchestra (NG La Banda) in 1988 in which he excelled by the metal arrangements and the creation of Cuban Timba. His extensive work includes more than forty discs that have been recognized and awarded internationally. His musical talent has earned him the interest of film directors and writers who have been inspired by the musical phenomenon that is to produce his works, among them the Cuban film director Enrique Molina with Entre Ciclones.

José Luis Cortes has appeared in numerous stages of the world in which he has proved his worth in front of the main exponents of jazz and popular music. NG La Banda has received favorable reviews from around the world, which consider it one of the best Latin Jazz bands internationally.

El Tosco is considered author V.I.P of the General Society of Spanish Authors and has directed several shows of that institution as the well-known Entre Bárbara y Changó. He is also the musical director and arranger of the Adolfo Guzmán contest for Cuban music and has been the musical director of several Cuban, Japanese and French films.

NG La Banda around the world

In NG La Banda, Jose Luis Cortes managed to make the rhythms and keyboard mix by giving birth to the well-known Cuban Timba, thus creating a music label that is recognizable all over the world.

José Luis Cortes has shared a stage with renowned Cuban artists such as Juan Formell, Juana Bacallao and Omara Portuondo, and international artists such as Oscar de León and Willie Colón. His musical work made him worthy of the award at the 41st International Cali Festival in Colombia. He was personally invited to the Royal Palace of the King of Morocco to play alongside the Cuban singer Osdalgia.

If we have to talk about the trustfully stars of Cuban Music of the latest years and about a musician that stand out because of its virtuosity and professional projection, without a shadow of a doubt that El Tosco easily could be include in the top ten of the greatest. To the maestro José Luis Cortes, the applause of all Cubans.