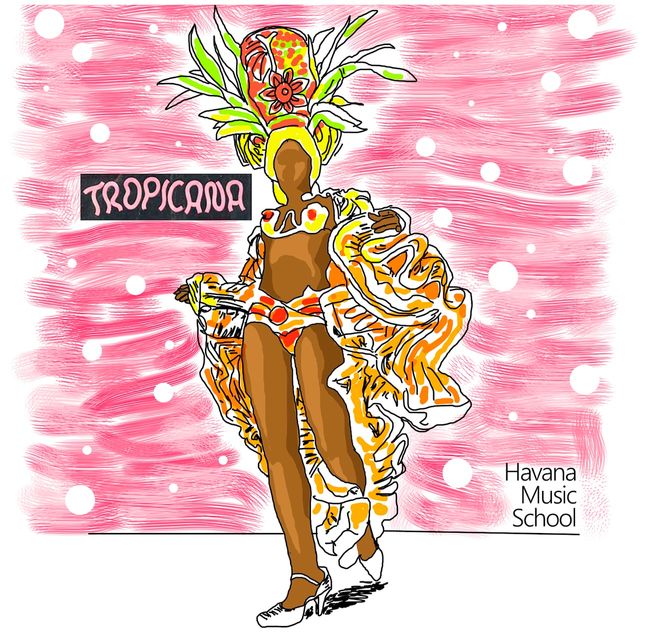 Founded in 1939, Tropicana has become more than a nightclub: it is a place of international fame for the Cuban music lovers and a theatrical show that remains until our times.

Born by the effort of the Italian-Brazilian businessman Víctor de Correa, Tropicana took its name from the song composed by the maestro Alfredo Brito and is the combination of the first syllables of “Tropical” and the large number of gray palms (palmas canas) that surround the place.

Martin Fox had a lot to do with his fame, which in the 1940s stripped Correa of ​​the cabaret for gambling debts and made him the best nightclub in Havana, with his Rita Longa´s dancer statue receiving his guests since 1950, Roderico Neyra as artistic director and Armando Romeu as musical director.

Long time has passed without the fame of this nightclub decays. The well-deserved Best of the Best Five Star Diamond award of 1992, given by the American Academy of the Restaurant Industry and many other distinctions speaks about this much.

The Tropicana show has also not been locked inside its premises: its artists have taken their talent to stages like the Beacon Theater in Broadway, New York; the Friedrichstadt Palace in Berlin, the Royal Albert Hall in London and the Sporting Club of Monte Carlo in Monaco.

A paradise under the stars

The nickname of Tropicana is so real, since this cabaret located at 72 between 45 and Línea de Ferrocarril in Marianao offers to its visitors an outdoor space where they can enjoy not only food and drink, but also a carefully renewed show.

It opens from 8:30 p.m. to 12:30 a.m., but the real fun starts at 10 pm when it’s show time! With eight decades of uninterrupted activity, Tropicana is a unique space to explore the broad panorama of Cuban music in all its facets in 2 hours, enlivened by dancers and fantasy costumes.

This cabaret, surrounded by lush vegetation, beautifully lit and with a party room for approximately three hundred people is one of those corners of Havana that lives up to its well-earned name. It is completed by a platform for shows, a circular dance floor and a bar. Everything you need for a perfect night.

If you want to stay informed about everything that happens in Cuban music and the best places to enjoy it, do not forget to subscribe to our website. And share this article on your social networks, so your friends may enjoy the music of our country.