Cuban lute – For any reason? 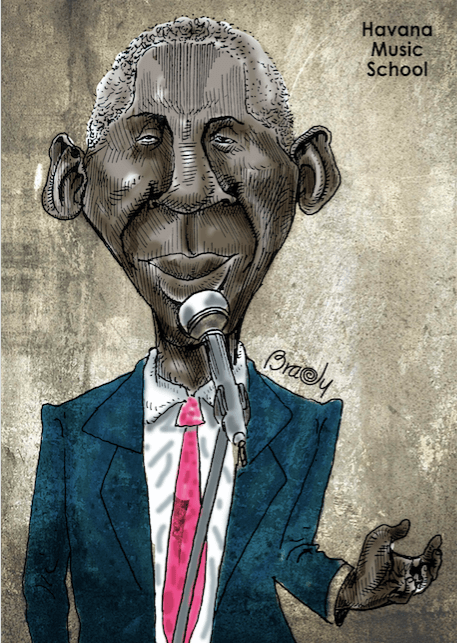 It is said that Barbarito Torres, from the Buena Vista Social Club, played a lute, but not just any lute, but a Cuban lute.

So much so that he was known as the Jimmy Hendrix of the Cuban lute. The difference was not in appearance, but in tuning. For specialists, the Cuban setting is: Re, La, Mi, Si, Fa#, Sol# (or Re).

Thanks to the talent and interpretive quality of Barbarito Torres, the lute went from being an instrument purely for peasant music to adapting to other equally Cuban genres, such as sones, guarachas and boleros and venturing into classical, traditional, Latin jazz and bossa music. not going. That ability to adapt to the more traditional Cuban sounds is what makes it typical of our music.

Then the lute, which is an instrument whose musical function is within the popular folk, becomes part of the broad world of Cuban son and point. Within the point he participates in most of the various ensembles also made up of other chordophones, such as the Tres (Musical instrument) and the guitar.

In both groups of instrumental ensembles, the musical function of the lute is fundamentally melodic and improvisatory, although it also performs an accompanying and harmonic function.

It is that the lute came to us from the mother country: Spain and we have been adapting it to our musical idiosyncrasy. Due to the importance it deserves, there is the Cuban School of the Tres Guitar and the Lute, whose founders are Efraín Amador and Doris Oropesa:

“The lute, the father of the point complex, was only played by the old men, it was not taught. It was the same with tres, although it began to be played in the 70s with Nueva Trova. But neither instrument had ever left the empirical level. Since they were the ones who gave birth to two root bodies of our culture, they were not studied in schools. It was something like an instrumental discrimination: they studied the piano —which is European—, the Spanish guitar…; but for our national instruments, no single teaching method had been written. “

This is how awareness of the need for lute studies has been formed. Already in a more contemporary musical aspect there is the “Alter Ego” trio. Young players of the Cuban lute, tres and guitar. “Alter Ego” dated his debut in 2005 and since then has accumulated a repertoire of original songs adding his own versions.

The only one of its kind in the country, Alter Ego advanced his career on his way between Santa Clara and Havana, having as a second stage the capital’s concert halls for occasional performances.

Currently they represent these instruments on an international scale, thanks to the identity of the instruments themselves and the training that has been implemented in Cuban teachings about them.