Juan Pablo Torres – The king of the trombone 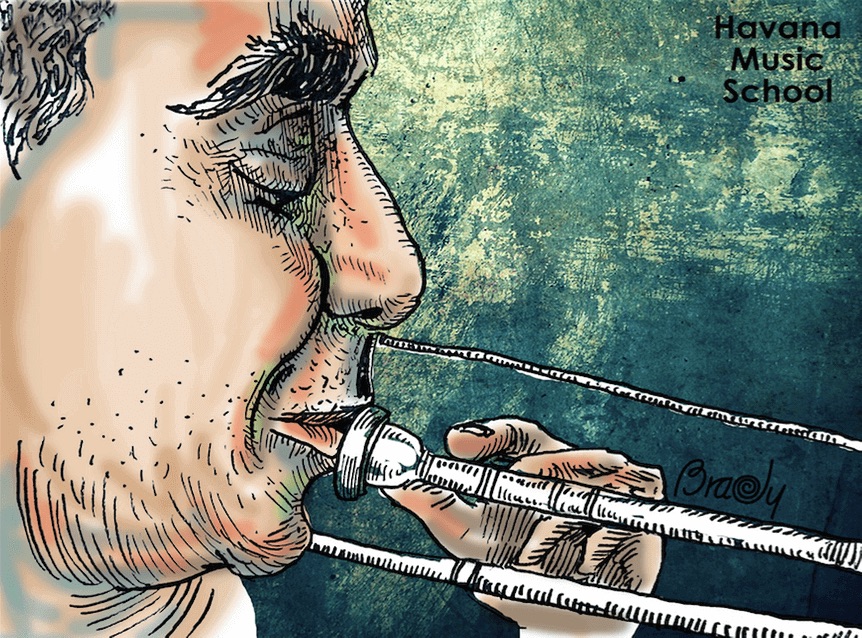 Juan Pablo Torres is one of those figures of Cuban music that demonstrate the virtuosity of the musicians born on this island. In his case, he leaned toward the wind metal´s family, which has emerged values as Arturo Sandoval on trumpet.

But if we talk about trombone, Juan Pablo Torres is without doubt the king. No one like him knew how to play such beautiful notes. And if that were not enough, he also emerge as a master composer.

Juan Pablo Torres was born in Puerto Padre, in the present province of Las Tunas, 17 August 1946. This area, revitalized from 1902 to 1948 by the US capital for the construction of sugar factories, was also influenced their culture by the music of the neighbor of the North, in particular by the formation of many orchestras with jazz band format.

Of one of them belonged the father of Juan Pablo, who was his first teacher. He was also a member of the Puerto Padre Municipal Band, in which the young promise made debut at age 14, playing the bombardino.

Thanks to a grant, Juan Pablo Torres accessed the National Art School, where he is tutored by Antonio Linares. Two years later he was selected to the Cuban Orchestra of Modern Music (OCMM).

Dedicated himself to the study of the trombone, his two great role models were Generoso Jimenez, in its most traditional variant and then the jazzman Pucho Escalante, allowing him to incorporate into his music both sides.

The promotion and consecration

Musician, arranger, composer, record producer and group director are several attributes that highlighted Juan Pablo Torres. In the 70s he founded the group Los Caneyes, with entering the EGREM and his first records. Also participates as a guest on albums by artists like Noel Nicola, Elena Burke, Amaury Perez, Elizabeth D’Gracia and Omara Portuondo.

From 1976 Juan Pablo Torres seeks a renewal of its sound and founded the set Algo Nuevo. From that time he left the albums Algo Nuevo, Con todos los hierros and SuperSon, although the set was short – lived and was dissolved in 1984.

In 1989 Juan Pablo Torres takes up residence in Spain, where he devoted himself to teaching jazz and trombone in Zaragoza, through a method of his own. But his teaching did not stop him from continuing to compose new works and lead other groups. He was invited to record with stars like Celia Cruz, Juanito Márquez and Rolando Laserie.

This stage was also productive from the point of record view, recording 40 años de Jazz Session (1994), Bebo rides again (1994), Trombone Man (1996), Pepper Trombone (1998) and a tribute to his idol Generoso Jimenez, Generoso qué bueno toca usted (2002), which is nominee to the Latin Grammy that year and relaunched the career of the trombonist from Cienfuegos. In his productions, he liked to have guests, so he surrounded himself with instrumentalists like Paquito D’Rivera, Bebo Valdes and the TropiJazz All Star.

If you want to know more about Cuban music, do not forget to subscribe to our website. And, please, help us to promote good music by sharing this article in your social networks and leaving us a comment.