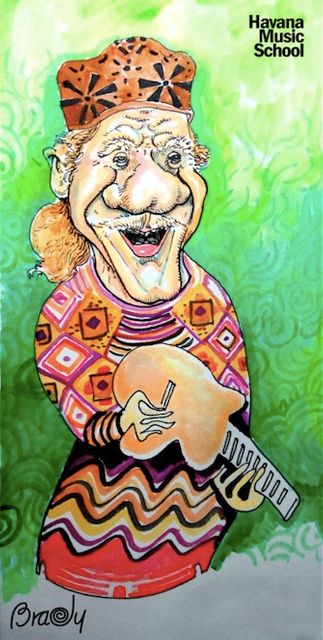 When talking about Cuban music genres that come to our mind, among others, are the son and rumba.

However, in recent decades it has developed the so-called fusion music that combines different Cuban rhythms with the highlight of international music. This interweaving, which we have returned true masters, is reflected perfectly in Pablo Menendez and Mezcla.

The bridge of two worlds

He studied trombone in Berklee between 1964 and 1966, at which time decide to come to Cuba for a year to continue his musical studies. Upon arriving in our country becomes a disciple of Isaac Nicola at the National School of Arts until 1968, and then joins the School of Modern Music.

His love for Cuban music and his new rhythms prevented him from returning back home. Thus, it becomes student of great masters such as Leo Brouwer, Federico Smith and John Elosegui and actively participates in the musical movements that emerged in Cuba during that period. Under the tutelage of Leo Brouwer he joined the Grupo de Experimentación Sonora del ICAIC. For years Pablo Menendez was presented with large groupings of our island as Síntesis, Sonido Contemporáneo, with Gonzalito Rubalcaba; Yoruba Andabo y Clave y Guaguancó.

The perfect mix of genres

Pablo Menendez’s fascination for Cuban music and love for jazz, blues and rock, took him in 1985 to found Mezcla. This group, in the words of its founder, is exactly that: a fusion of different genres with the aim of achieving a different music able to move to anyone who will listen.

Mezcla incorporates the new trova, jazz, rock, rumba, reggae and zouk from Martinique, creating a unique sound that has become its emblem. Despite being often considered a jazz group, among the most recommended during festivals Jazz Plaza, this group does not consider itself a jazz band.

The first Mezcla album is called Akimba and was Grammy 2010 nominated. That year it received 7 nominations for “Best of Latin Jazz” by the CD I’ll see you in Cuba, produced the American label ZOHO. When we enjoy a concert of Mezcla, we can appreciate the skillful management of their members and their great sense of rhythm, which has earned the admiration of the public internationally.

Pablo Menéndez is a guitar professor at the National School of Art since 1991, and has been arranger for artists like Santiago Feliú, Donato Poveda, Chico Buarque, Xiomara Laugart and Patricio Manns.