Descemer Bueno – The light of a star 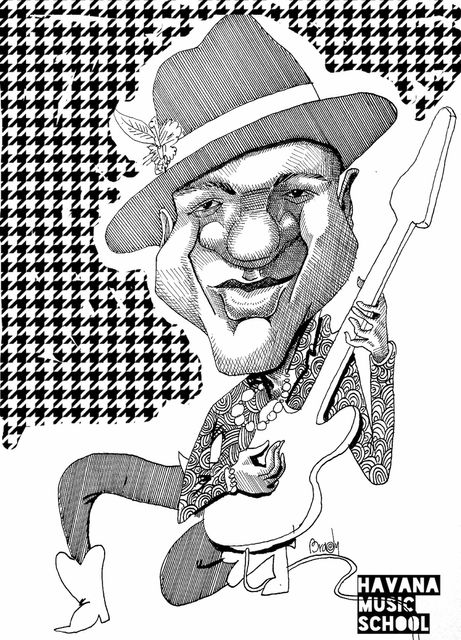 Many people began to know him from his hit album “Bueno”. Others may remember his excellent soundtrack for the movie Habana Blues by Benito Zambrano. However, the story of this great artist began much earlier.

Descemer Bueno had already made a career within the Cuban scene before becoming world famous: since its inception he was a talent performer and was part of bands that set a standard in Cuban music.

Born in Old Havana in 1971, the restless nephew of the great Farah Maria had music since his childhood.

He studied classical guitar at the Manuel Saumell and Amadeo Roldán conservatories and graduated as a concert master. But it wasn’t the guitar that took him to the stage but the bass, which he played as part of the unforgettable Santiago Feliú band. At that time, he began composing his first songs.

In the 90s, he was part of the Estado de ánimo project, a jazz band where he worked with Roberto Carcassés, Elmer Ferrer, X Alfonso and Ruy López-Nussa, all of them magnificent in their instruments. With this band he visited several countries like Germany, Argentina, Bolivia, Spain and Uruguay, where they were highly acclaimed.

In 1998 he was part of the jazz group Column B in the United States, resided at Stanford University in California and then taught at the University of the Cape in South Africa. Later he joined the Fula group, in Barcelona.

From Cuba to the world

New York received him in 1999, with his group Yerbabuena, for which he wrote many of his well-known songs.

Soon Cuba had him back and collaborated with young musicians such as Yusa, William Vivanco and Haydée Milanés. In 2006 he composed the soundtrack for Habana Blues, with which he placed his lyrics in the voices of many Cubans who saw in those songs a reflection of his life and his feelings.

Descemer Bueno‘s songs carry the poetic tradition of the bolero and the Cuban feeling combined with the virtuosity of this composer and performer and his contemporary vision of music. His beautiful themes are chanted by people of all ages and have been interpreted by world-class figures such as Juan Luis Guerra, Enrique Iglesias and Marco Antonio Solís. Descemer is a great example that you can make good songs that everyone likes.

This artist has won many awards during his career, with about 20 nominations and more than 30 international awards as a musician or composer, among which are:

As such, Descemer Bueno only has two studio albums: Bueno (2012) and Siete Rayo (2005), focusing its success on the singles production. To all its previous successes, last year, along with El Chacal and Eliades Ochoa, he added the Preciosa theme. In this own 2019, he has made duet with numerous musicians in new videos, and he was nominated with El Micha for the Lo Nuestro award for Nos fuimos lejos, in addition to being invited with Jacob Forever and Gente de Zona at the Miami Carnival 2019 last March .

So, much more can be expected from this artist in the future. To learn more about him and many others of the national scene, subscribe to our site. And please help us spread good Cuban music by sharing this article on your social networks.