Details for the Havana World Music festival are finalized 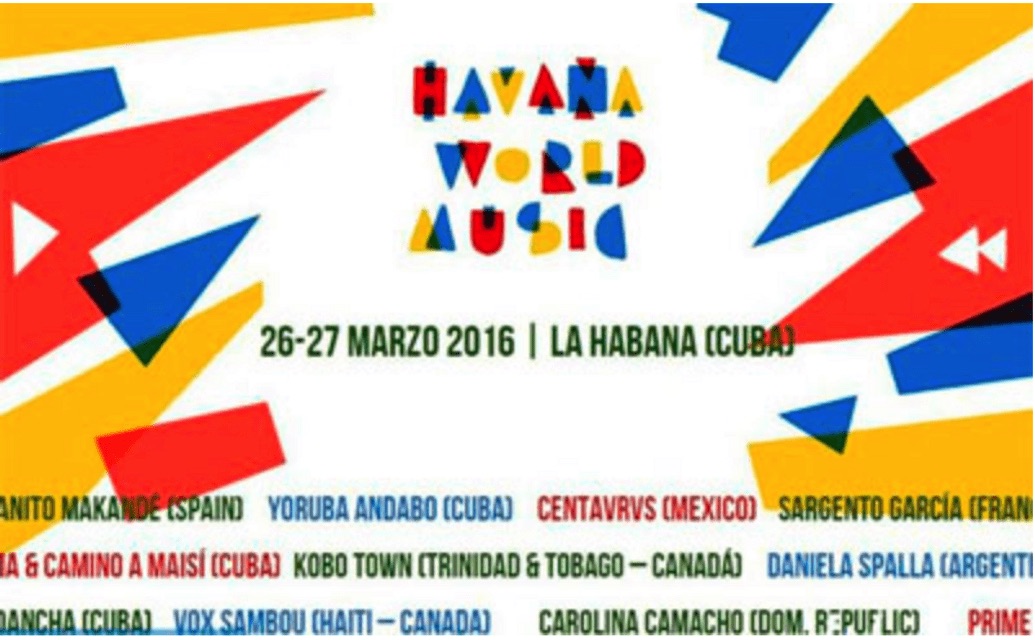 Organized by the prestigious member of the band Síntesis and music producer Eme Alfonso, the third edition of the Havana World Music will be held in the capital from 24th to 27th of March 2016.

This event, born from the interaction between Eme and the artists and producers Ismael Sayyad, Raquel Avila and Erlend Skutlaberg after the premiere of their documentary To Crossbreed (Para Mestizar), goes beyond a simple weekend devoted to folk music to become a show open to good bands from around the world.

Since its inception, the festival aims not only to attract lovers of good music by inviting bands of international prestige, but also opens up a space for new groups. This way, their stage serves as a launching platform for bands that, although little known, have enough quality not to detract from the show.

But undoubtedly the biggest surprise of the cartel and highlight is the concert Earth, Wind & Fire Experience, guitarist and composer of the legendary American formation Al McKay. The public, big fan of this band, you can enjoy his best-known songs like “September” and “Boogie Wonderland”.

A perfect venues for the Havana World Music

In addition to the Cuban Art Factory (FAC), a regular co-host of the festival, organizers are projecting that the main concerts are performed in the ballpark of Jose Antonio Echeverria complex, located in the center of Vedado.

Thousands of young and old (university students, fans and other tourists visiting Havana during those dates) will fill the Echeveverría and have the opportunity to dance with the great variety of rhythms and different styles of music from all bands invited for the occasion.

The Cuban Art Factory will be responsible altogether for carrying out the activities for the opening and closing ceremonies, as well as hosting workshops, lectures and concerts of the bands invited to the festival.

A luxury festival with everybody’s support

The program will follow the same successful scheme as last year, with the initial presentation of the folk groups from the project To Crossbreed (Para Mestizar). Continuing with the artists from the called First Base, dedicated to promoting new bands which will serve as the opening act for the concerts of the big and renowned groups.

Havana World Music would not be possible without the collaboration of many institutions from inside and outside the country. The festival is sponsored and supported by the Ministry of Culture of the Republic of Cuba, the Cuban Institute of Music and the Government of the City of Havana; it also has the collaboration of The Wheel Productions, Cuban Art Factory and the associations InCuba Ideas and Friends of Havana World Music.

From Havana Music School we wholeheartedly wish that this festival is maintained for many more years, delighting us all with music of excellent workmanship. If you have heard about this now, pass the news: share this on your social networks and leave us a comment with your opinion if you participated in any of the previous editions.

Cuba | Cuban music | Havana | Havana World Music | Music Festival
← Who would say it? The Rolling Stones in Cuba William Vivanco has it all figured out →