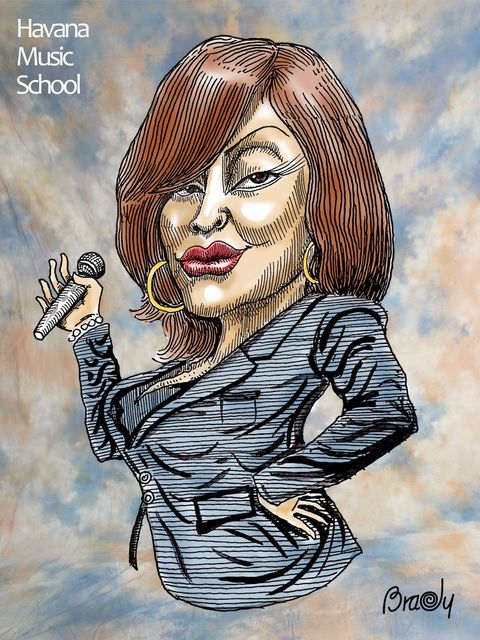 Born in Havana on February 14, 1982, Idania Valdes with her 38 years of life has become one of the indispensable names in Cuban music. Her professional career includes performances and discographies where she shares with some of the greatest artists of Cuba and the world. As a soloist, Idania won the Cubadisco prize in 2014 in the fierce category of Song.

The legacy of Cuban music

The name Valdes is perhaps the most representative of the musical tradition in Cuba. The branch to which Idania belongs has a huge foundation in his grandfather and father, Amadito Valdes (father and son, respectively). The first was a saxophonist and clarinettist of the pioneering jazz band orchestras; his son is a distinguished percussionist of Afro Cuban AllStar, Buena Vista Social Club and Areito Stars.

Idania Valdes began her musical studies at the age of seven, but from before she went to the presentations of her family where not only nurtured music but also danced as the most. Her professional career began in female groups such as Musas Son and Habaneras Son, where she gradually emphasized the unique tone of her voice and her interpretations.

In 2002, she is invited to participate in the Buena Vista Social Club, where she acted as the youngest star of this until its dissolution. In addition, during those years, she shared stage with great female interpreters of Cuban music like Rosita Fornés, Lourdes Torres and Farah Maria. She also gave her voice for the film Chico and Rita, where she sang the themes of Rita Labelle in this Oscar-nominated film in 2012.

However, it is with Buena Vista Social Club that his career gets more take off by taking part in important world tours that include the United States, Europe, Asia and Latin America. It is at this stage of her work that Idania Valdés learns from relevant figures such as the unrepeatable Omara Portuondo, “El Guajiro” Mirabal, Barbarito Torres and Eliades Ochoa.

Among its characteristics as a female interpreter of traditional Cuban themes, she mixes with styles of Brazilian music and a positive influence of jazz.

A female interpreter for all tastes

As she demonstrated with her solo album, Menos mal, Idania Valdes is not just a choral voice or the girl inside Buena Vista Social Club. His well-deserved nomination for the Cubadisco award, but even more so the participation in his work of musicians such as Juan Formell and Van Van, David Torrens, Clave and Guaguancó, Julito Padrón, Rolando Luna and many more.

She has speculated about her work as a songwriter, but Idania Valdes reaffirms herself as a female interpreter of emblematic themes that range from authors like Cesar Portillo de la Luz to Pablo Milanes and Polito Ibáñez. At the present time his presentations and collaborations are of the most followed by the true connoisseurs of the tradition and the interpretative quality of the Cuban music.

We invite you to subscribe to our website to learn more about female performers and Cuban music. You can also help us promote and spread these issues by sharing this article on your social networks.