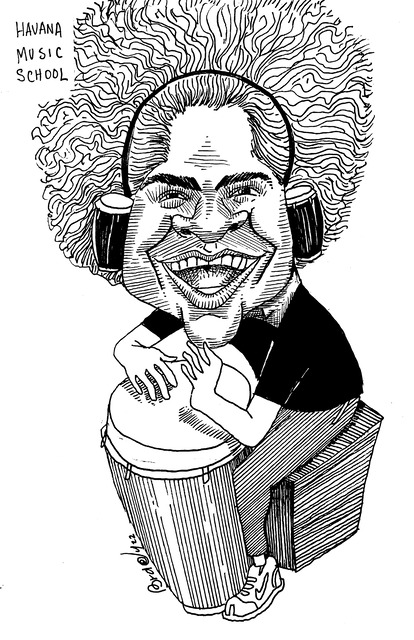 The most emblematic instrument of Cuban music is, without a doubt, the “claves”. But another of the hallmarks in which he refers to the rhythm of the island are the tumbadoras, and this is an instrument that Adel González knows perfectly.

As a percussionist he has had a long and continuous career, demonstrating his mastery wherever he has worked. Any musical piece acquires a magical and different nuance when this instrumentalist imprints his stamp on it, wasting the rhythm that runs through his veins with particular force.

The magician of the congas is born

Adel González was born in Cienfuegos, on September 21, 1977. He then moved to Havana, where he graduated with honors from the National School of Art (ENA) in 1996 as an Instrumentalist-Professor of Percussion and Ensemble Practice.

That same year his quality earned him entry into one of the most important bands in terms of Afro-Cuban jazz: the anthological Irakere. But this tumbler is not a man who would settle for just one project, however important it might be.

Adel González has also integrated ranks in the Chucho Valdés quartet since 2000, in the Afro Cuban All Star since 2001 and has worked alongside many other artists, either as a guest musician in concerts or contributing to the recording of studio albums. .

His extensive and fruitful career has taken him on more than 30 international tours, including presentations in Australia, Canada, the United States, Europe and Japan. However, he is a regular on the scene in the Greater Antilles and a regular attendee at the Jazz Plaza and the Drum Festival.

When talent shines, it gets noticed

Adel González has participated in more than 50 record productions as a percussionist, with Llegó Van Van being the one that earned him his well-deserved Latin Grammy, although he has been nominated five other times.

Within the teaching profession, he has given lectures at his alma mater, the National School of Art, and at other musical training centers. But other students around the world have been able to appreciate his mastery, such as those at the West End Cultural Center and Stanford University in Canada, the James Russell Lowell School in Chicago, the Caribbean Cultural Center and many other conservatories in Asia, Latin America and Europe.