Ernán López-Nussa – Jazz in the blood 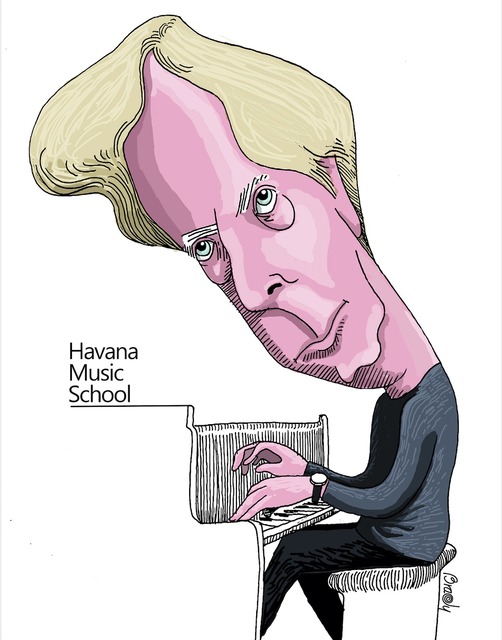 One of the names already inscribed in the Cuban jazz tradition is undoubtedly that of the pianist Ernán López-Nussa Lekszycki. Founder of the prestigious Afrocuba band, Ernán has successfully ventured into other very diverse genres. Because talent runs in abundance in his family.

A great member of the López-Nussa family

Born on September 10th, 1958 in the city of Havana, Ernán López-Nussa Lekszycki is one year younger than his brother and percussionist Ruy López-Nussa.

He began his studies at the Alejandro García Caturla Conservatory of Music, under the tutelage of María Emma Boudet. His talent prompted him to continue them at the Amadeo Roldán Conservatory with the help of Vivian Lamata and César López, and finally he finished them at the Instituto Superior de Arte (ISA) together with Jorge Gómez Labraña.

Despite his professional training, Ernán’s inclination was always close to jazz. Among his references are Dizzy Gillespie, Duke Ellington, King Olive, Louis Armstrong, Miles Davis and Red Garland, among many others.

Even so, those influences were never pure, because in the young López-Nussa he was also nurtured by Emiliano Salvador, Frank Emilio, the Cuban Orchestra of Modern Music, Los Van Van and Los Zafiros.

Starting off on the right foot

After finishing his studies, Ernán López-Nussa began his artistic career as a member of the group Afrocuba in 1977. Although this group split up in 1980, he rejoined to work the following year with Silvio Rodríguez in the production of his albums Causas y Azares and Oh Melancolía.

After participating in both Cuarto Espacio and Grupo Síntesis, in 1993 he founded a quartet together with Inor Sotolongo, Jorge Alexander (Sagua) and Ramsés Rodríguez, with whom he participated in the Jazz Plaza Festival that year.

Ernán has received numerous distinctions, especially Cubadisco awards and the Alejo Carpentier Medal in 2004 for his artistic career.

With his group he has performed in England at Ronnie Scott’s, at the Mew Morning in Paris and toured Chicago, Los Angeles, Tokyo, Rio de Janeiro, Sao Paolo, Buenos Aires, Madrid, Rome and many other cities around the world.

In his discography the following stand out:

To conclude, Ernán López-Nussa is the author of works of melodic richness where the harmonic atmosphere, cadence, virtuosity and technique are combined in perfect harmony, to make them unforgettable.