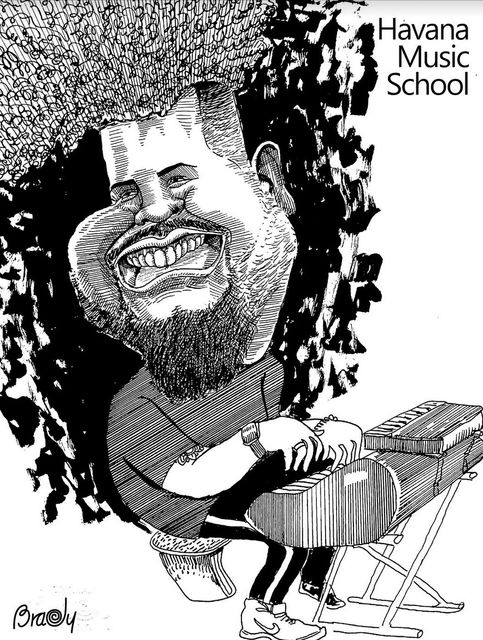 Two years ago we celebrated the 50th anniversary of one of the projects that contributed most to the development of Cuban music during the second half of the 20th century. No one doubts about the success of the ICAIC Sound Experimentation Group (GESI), which was the birthplace and school of top musicians such as Leo Brouwer, Silvio Rodríguez, Eduardo Ramos, Sergio Vitier, Pablo Milanés, Noel Nicola, Emiliano Salvador, Sara González, Pablo Menéndez and Amaury Pérez, among many others.

Thanks to the efforts of Enrique Carballea and Mayra García (Bis Music), this celebration did not go unnoticed. Real Project band proposes an album that includes ten of the most known GESI songs, full of mastery and talent.

This tribute is a deserved recognition of what was the seed of the Cuban New Trova Movement.

GESI at its 50th anniversary

The Sound Experimentation Group of ICAIC arises under the conception of Alfredo Guevara, one of the most visionary intellectuals after the triumph of the Revolution, who was also founder and director of the Cuban Institute of Cinematographic Art and Industry for three decades

GESI met a double objective. On one hand, its mission was to renew Cuban music based on its own roots but enriched it with new electronic and recording techniques, under the direction of maestro Leo Brouwer. On the other, the music thus created would serve as support and soundtrack to Cuban cinematographic productions.

Despite having an extensive musical work, GESI only recorded a few albums, only 25% of the material they produced.

GESI remained active until 1976. After its dissolution, its members continued successful careers alone or in historic groups such as Irakere, Algo Nuevo, Opus 13, Afrocuba and others.

A true tribute from Real Project

It is in 2019 when the Real Project quartet, with the keyboardist Jorge Luis Lagarza Pérez, Rafael Aldama as bassist, guitarist Roberto Luis Gómez and Ruly Herrera, drummer and director, decide to honor the GESI in the year 50 of its foundation with the presentation of his album Real Project-GES.

Alternating singed pieces with instrumentals, Real Project and its guests are not limited to mechanically interpreting the themes of GESI, but enrich them and incorporate their own label and style without versioning, but making arrangements based on the original spirit of the composers. It is a true tribute and a reaffirmation that the work of the GESI was well ahead of its time.

Among the invited artists were Daymé Arocena, the flutist Kenia González and other singers such as Polito Ibáñez, Erik Iglesias (Cimafunk) and Rubén Bulnes.

This is the band’s third studio album, after releasing Break the Chain (2015, Six Thirty Recordings) and with great success on their album Real Project (2017, EGREM, Cubadisco Award 2017 in the Jazz Ensemble category).

If you want to know more about the work of Cuban musicians, subscribe to our website and help us spread good Cuban music by sharing this article on your social networks.