Alexander Abreu – The king of the Cuban trumpet 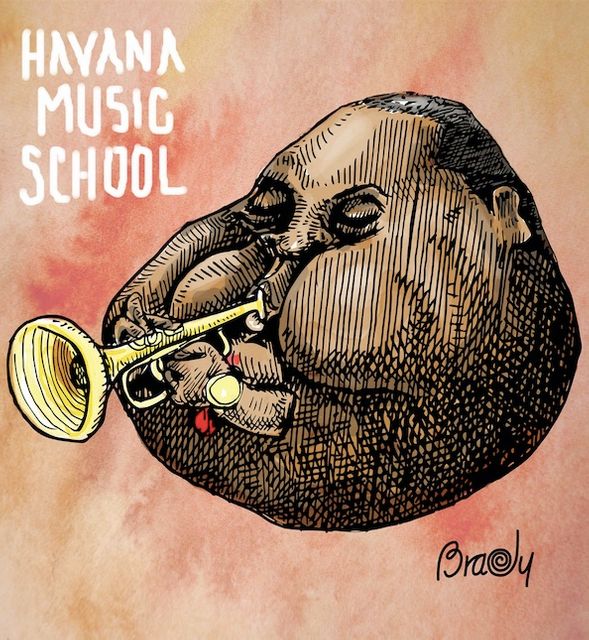 If we talk about Cuban music, a name to be mentioned is Alexander Abreu.

Recognized as one of the best trumpet players of his time, this formidable Cuban musician is credited with about 130 songs and to have worked with a long list of artists of the highest international reputation.

Birth of a Star of the brass

Alexander Abreu Manresa was born in Cienfuegos, on 6th September 1976. During his studies he joined amateur groups as Ismaelillo and vocal group led by Rosa Campo. In 1994 he began studying at the National School of Arts (ENA).

After his graduation in 1997, he teaches as trumpet specialty professor. Because of his vast knowledge, he has been invited to give lectures on Cuban music at the RMC Conservatory in Copenhagen.

It is well known his association for six years with Paulo FG and his participation in 1998 at the Team Cuba orchestra, along with other top musicians in the country at that time. His career also led him, in the first half of 2000, to be part of the renowned Irakere orchestra. He also, under the Sergio Vitier and Duchesne Gusan wands, played at the Symphony Orchestra of Cuba.

During this period, he also plays with the talented Omara Portuondo, Gerardo Alfonso and Issac Delgado. Abreu was invited to take part in a charity event for the African children and share the stage with Andrea Bocelli, Luciano Pavarotti, Sting and James Brown. He has also collaborated with Liuba María Hevia, Buena Fe, Pablo Milanés, Cesar Lopez and Van Van, among other renowned Cuban musicians.

Famous by his incomparable skill with the trumpet, Alexander Abreu also stand up for his compositions and his powerful voice. These qualities had been particularly used in his Havana d’Primera project, founded in 2008. Performing for the first time at the Cabaret Turquino of the Habana Libre Hotel, this group has been escalating in acceptance and popularity in Cuba and the world.

With the participation of leading artists on the island, the orchestra is recognized as one of the distinguished groups of the moment. The trombones of Amaury Perez Rodriguez and Carlos Alvarez; Martinez Uyuni at the trumpet, Harold Diaz and Tony Rodriguez´s pianos; the percussion by Guillermo del Toro Varela, Rodney Yllarza and Keisel Jimenez; the Rogelio Naples guitar, Yandy Martinez at the bass guitar and the voices of Jannier L. Rodriguez and Enrique Perez, make this group a must reference the current Cuban music.

With the CD Haciendo Historia (2009), Havana d’Primera handled exactly that: a milestone for the musical movement in Cuba. Alexander Abreu as trumpet, arranger and musical director has achieved a successful fusion of Afro-Cuban rhythms, son, salsa, jazz and funk. In 2012 the band released its second album: Pasaporte.

If you are interested in knowing more about the best music of Cuba, subscribe to our website. And do not forget to share this article on your social networks, to let your friends to know about the genius of Alexander Abreu, the king of the Cuban trumpet.